When you purchase through links on our site, we may earn an affiliate commission. Here’s how it works. 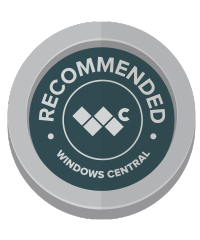 It's easy to spend a small fortune on a new AM5 motherboard, but there are some very capable X670 boards at a more reasonable price. This ASUS motherboard is one such example, rocking PCIe 5.0 expansion slots for GPUs and M.2 drives, a powerful power delivery design for overclocking the CPU, and a reliable BIOS.

ASUS has a collection of motherboards available for AMD's Ryzen 7000 series of processors. Utilizing the latest chipsets from AMD, there's a good choice for anyone looking to build or upgrade a system. Today, we're going to be looking at the ASUS TUF Gaming X670E-Plus WiFi, a mid-tier motherboard with the AMD X670 chipset.

The motherboard is one of the more important considerations for a PC since it's what will be responsible for connecting all the different components together. We've put the ASUS TUF Gaming X670E-Plus WiFi to the test to see if it's a contender for the best motherboard collection of recommendations.

The ASUS TUF Gaming X670E-Plus WiFi is a mid-range motherboard aimed at PC builders who are wanting to put together a capable system for gaming and serious workloads. With full support for the latest AMD Ryzen 7000 processors, it's possible to utilize this motherboard and install some very powerful components.

ASUS expects one to part with $330 at MSRP and we find that to be a reasonable price if a little on the pricey side. Considering the flagship NVIDIA GeForce RX 4090 GPU comes in at $2,000, we're comfortable recommending something to the masses without an obscene price tag.

As can be seen in the above specs table, the ASUS TUF Gaming X670E-Plus WiFi is a solid motherboard with plenty of I/O to work with. The support for up to DDR5-6400, PCIe 5.0 expansion slots, and 2.5Gb LAN are great to have. It's not perfect, however as there are some notable omissions like the lack of any Thunderbolt.

It's a good-looking motherboard, based on an entirely black PCB. It's fairly low-profile too. Only M.2 heatsink plates, the VRM heatsink, and the integrated I/O shield really stand out from the board. The rest of the motherboard is very subtle, which would work well in various PC build designs.

Being an X670E motherboard, we've got full support for AMD Ryzen 7000 series processors and up to 128GB of DDR5 RAM. As aforementioned, system memory is officially supported up to speeds of 6400MT/s, and the 16-phase power delivery design ensures stable and reliable power is delivered across the board.

Having more of the PCB exposed to the elements actually makes the ASUS TUF Gaming X670E-Plus WiFi easier to build a PC as there aren't as many cover shrouds to contend with for access to specific areas of the board. Supplying power to the CPU are two 8-pin connections in the top-left corner.

We then have the CPU socket below, some fan headers to the right for hooking up the chosen CPU cooler, as well as four DIMM slots. Because this is a more affordable motherboard, there are fewer fan and AIO headers here than compared to more expensive ROG boards. The same goes for the omission of features like an OLED status indicator for troubleshooting.

We've got three expansion slots and four M.2 slots for installing plenty of components to the board. One of the M.2 slots does not have a heatsink bracket but is limited to PCIe 4.0 speeds so heat shouldn't be an issue. Interestingly, the four SATA ports are split with two on the usual right position and the other two on the bottom among the USB headers.

Performance between motherboards can differ but the average PC owner won't notice too much of a difference with default profiles applied for RAM and other components. So long as you're using the correct chipset for your GPU, SSDs, and other parts (matching PCIe generations, etc.), your CPU should perform as designed and marketed by AMD.

We tested the AMD Ryzen 7 and AMD Ryzen 9 processors with the ASUS TUF Gaming X670E-Plus WiFi and the results were excellent. Having everything set to about the same as the Gigabyte and ASUS X670E boards we reviewed prior, there was only a slight dip in synthetic benchmarks between them and this more affordable ASUS board. Overclocking will be a different story, however.

AMD's Ryzen 7000 series of processors perform well in a variety of applications, be it gaming, creative software, or general computing. Running the processor at stock settings with an overclocked memory profile applied on the DDR5 modules, we saw positive results with the motherboard. As always, the ASUS UEFI is easy to use and makes it possible to quickly apply various settings.