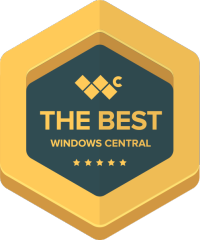 The Razer Kishi V2 improves upon the original in almost every conceivable way. It's lighter, it's more balanced, it has pleasant, clicky buttons, great triggers, improved input separation, and superior ergonomics. The app leaves a lot to be desired, but this is a top-shelf experience for mobile gamers and Xbox cloud gamers everywhere.

Razer is back, once again to elevate and improve Xbox Cloud Gaming.

Razer has been in the mobile controller arena for a while, continuously evolving and improving its product line. We've had the nunchuck-style Junglecat, and then we had the clamp-style Kishi, among others. Microsoft and its partners are still figuring out how best to transform our mobile devices into portable Xbox consoles, but whether you're playing Android smartphone games natively or playing core games via the cloud, tactile controls almost always beat touch.

The first generation of smartphone mobile attachments for gaming weren't the best, but they did the job for the most part. As the years go by and services like GeForce Now and products like the Steam Deck continue to popularize AAA portable gaming, a growing army of great controllers and gamepads for Xbox Cloud Gaming and general Android play is emerging. Continued iteration shows that this isn't a throwaway fad either, as Razer's Kishi V2 proves.

This latest version of the Kishi builds upon almost every aspect of the previous controller, and could arguably be the best on the market for Xbox Cloud Gaming, and Android gaming in general.

The Razer Kishi V2 is broadly available across all major retailers, including Amazon, Best Buy, and Razer.com too. The controller is available practically anywhere Razer typically sells its products, and has a launch MSRP of $99 USD.

The Razer Kishi V2 and its predecessor are clamp-style Xbox controllers essentially, supporting Xbox inputs as well as Android gamepad. The Kishi V2 uses the ABXY standard Xbox button interface, complete with triggers, LB and RB shoulder buttons, as well as an additional R3 and L3 button that can be mapped using the custom Razer Nexus app.

Quite truly, almost every aspect of the Razer Kishi V2 feels refined and improved in some way. The controller itself feels far lighter, but also more balanced. Stowing a Razer Phone V2 into it felt effortlessly natural, and the ergonomic grips and button placements give the Kishi V2 an effortless comfort profile.

Naturally, controllers designed for portability are likely going to err on the more compact side, but the Kishi V2 balances size with density incredibly well, using the offset stick design that'll be familiar to Xbox fans.

The buttons, triggers, and bumpers have a very delicate amount of travel but have a satisfying click that gives them a tactile feel. The curvature of the triggers makes them easy to grip and actuate, and have a generous degree of separation to help guide your fingers home.

The body of the clamp is very easy to manipulate compared to some controllers I've used, which can often be so tight and aggressive that I've worried about damaging my phone. The Kishi V2 gently wraps almost any standard modern USB-C Android device, and has some rubber inlets that can be removed to accommodate thicker phones, phone covers, or even smaller tablets. There are spare inlays in the box too, for good measure.

The controller also has USB-C pass-through power, meaning you can charge your phone without removing the entire device, and some additional functions for good measure. A dedicated "Nexus" button launches the Razer built-in Nexus app, which lets you organize games and cloud apps on your phone into one place. It also has a dedicated screenshot and recording button, borrowing from competitors like the GameSir and Backbone.

Overall, the Razer Kishi V2 is a step up in every aspect of its design. It's lightweight, has better materials, far superior buttons that approach Microsoft-grade quality, and can accommodate a broad array of Android phones from the ecosystem. There are a few minor downsides, though, that can probably be rectified with updates.

While there's no problem with the Razer Kishi V2 itself as far as I am concerned, the app experience leaves a lot to be desired.

For example, you need to launch the Nexus app at least once, every time you start the phone, for the Kishi V2 to detect and activate any button mappings you have active. As far as I can tell, there's no way to set the Nexus background service to activate automatically, which defeats the point of the Nexus button in general to some degree. It's unclear whether this a limitation of Android, but even if it is, it's quite an inelegant solution they have regardless.

On top of that, the app itself is just a little bare bones and ugly. The Game Pass app icon is pixelated, and the rest of the app just features ads for the Google Play store, with no customization whatsoever. It's functional, at least, but I can't help but wonder whether there potentially wasn't a better way.

Furthermore, the screen capture button seems a bit temperamental. I tested it with Razer's own phone and my Galaxy Fold 3. It worked to some degree on my Razer Phone, although it wasn't clear when recording was taking place. My Galaxy Fold 3, however, refused to acknowledge the capture button at all.

Again, more than likely these are limitations of the Android ecosystem being as fragmented as it often is, but it's worth being aware of if you were hoping to make extensive use of the capture button. It's a bit of a pain, and I have to wonder whether there isn't a better way.

My final gripe pertains to the clamp itself. The light weight of this thing is impressive, and makes it incredibly comfortable to use across long periods of time. The center of the clamp, however, feels a little bit flimsy. I did try to see how far I could bend it without snapping it, and it does seem apparent that it was designed with flex in mind to help maneuver devices into and out of the setup. However, I'd be lying if I didn't say I have some small concerns that I could snap this thing in half if I wasn't too careful, although that's quite honestly speculation at this point. If I do have any issues down the line in this area, I'll be sure to check in and let you know.

The Kishi V2 has better joysticks, better triggers, and superior ergonomics to the GameSir X2. And while the X2 is a great product, it doesn't quite reach the level of execution being offered by the Razer Kishi V2. It is, however, much cheaper. So if you were looking to save $40, the GameSir X2 is quite honestly great by itself. If you want the best, though, it is without a doubt the Razer Kishi V2, which is far more comfortable to use, and offers an experience that feels a lot closer to a real Xbox controller.

Razer Kishi V2: Should you buy it?

If you're a happy user of the GameSir X2 or a Razer Kishi V1, I'm not sure there's enough to justify you jumping across to upgrade to a $99 V2. Some of the new features like the screen cap button don't function as intuitively as they should, which kind of frustrates the upgrade argument. However, for those who are looking to buy their first Android phone gamepad attachment, the Razer Kishi V2 is without a doubt the best on the market.

The Razer Kishi V2 is a gorgeous product. It is sleek and lightweight, the inputs are tactile and refined, and the joysticks feel almost Xbox-grade, and the versatility is on point. This is a great all-round product that is held back by some of the idiosyncrasies of Android with regards to its software features, but for the most part you won't need to worry about any of that.

This is the best way to experience Android gaming on the go right now, whether it's native games, Xbox Cloud Gaming with Xbox Game Pass, or another similar service.

The Razer Kishi V2 is an exemplary product that is leaps and bounds ahead of the original. The new clamp mechanism ensures a broader degree of compatibility, and shines with improved buttons, triggers, alongside new features.

Get the best of Windows Central in in your inbox, every day!