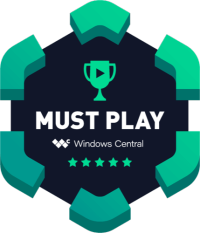 The Quarry elevates the blueprint popularized by previous titles like Until Dawn while showcasing gorgeous visuals, fantastic character performances, and an engaging overarching narrative. This is a well-crafted modern love letter to classic campy horror.

Frightening media has delivered plenty of delightful dread to my life, from family movie nights where we’d gather around our TV to watch classics like The Thing to late-night play sessions with titles like Silent Hill 2. And while I generally consider myself a savant of scares, there’s one particular sub-genre that’s thoroughly wormed its way into my heart: campy horror. Legendary films like Evil Dead 2 and Sleepaway Camp solidified my love of the fascinating fusion of horror and comedy.

While cinema is no stranger to this genre's majesty, video games have been a bit slower to adopt the formula. We could certainly argue that early Resident Evil titles fit the bill, especially with iconic quotes like “you were almost a Jill sandwich,” but for the most part, big-budget games have been lacking in the camp department. Thankfully, a handful of passionate developers proudly carry the banner covered in over-the-top gore, corny one-liners, and genuine nightmare fuel.

Supermassive Games is one such team. Its breakout hit Until Dawn in 2015 introduced players to the compelling hybrid of cinematic storytelling, choice-driven gameplay, and refreshing campy horror. Fans of this cult classic have eagerly awaited a sequel or successor, and I’m thrilled to report that the wait is over. The Quarry improves upon the fundamentals established with Until Dawn and stands confidently as the best looking and playing Supermassive Games title to date. For horror fans, this is a summer horror blockbuster you won’t want to miss.

Our review of The Quarry was based on the game's PC version with a code provided by 2K Games. Xbox Series X|S codes were not available prior to launch, and the publisher did not see the contents of this review before publishing.

As video game technology rapidly advances, so too do our expectations for graphical quality and visual fidelity. We’ve seen games like Red Dead Redemption 2, Gears 5, and The Last of Us 2 push the limits of gaming hardware to deliver stunning technical showcases. Like these experiences, The Quarry boasts an undeniably impressive suite of visual flourishes and life-like textures, environments, and character models.

The cinematic camera angles allow the team the freedom to maximize the appearance of every scene in this striking horror title. However, close-up shots of the character’s faces are the most impressive, revealing detailed wrinkles, blemishes, and even pronounced pores. The attention to imperfections in our heroes and villains adds a tremendous sense of believability to The Quarry’s graphical presentation.

The Quarry also masterfully utilizes lighting and moisture throughout the roughly nine-hour experience. As a horror fan, it was impossible not to smile at how blood and fluids were used to coat clothing, flesh, and sometimes entire rooms. This all only better reflected the game’s striking lighting. From start to finish, The Quarry is hands-down one of the best-looking horror titles I’ve had the pleasure of playing.

While the star power of cast members like David Arquette (Scream), Brenda Song (The Suite Life of Zack & Cody), and countless others immediately generates greater widespread appeal for The Quarry, what truly helps this horror title stand out are authentic performances. Many of our heroes are grounded in tried-and-true cliches like “The Jock” or “The Influencer,” but The Quarry constantly surprised me by delivering nuance to seemingly one-dimensional characters. Despite their pronounced character flaws, I was rooting for the survival of almost every cast member.

I won’t be diving into specific beats or occurrences in this review, but we are going to talk about why it all works, so be warned if you wanted to go in totally blind.

The Quarry focuses on a group of teens wrapping up another summer as camp counselors, with our protagonists eagerly preparing for the next chapter of their lives. Unfortunately, their last night at Hackett’s Quarry doesn’t go according to plan in classic horror fashion. Instead of partying and hooking up, this group is forced to take up arms and defend themselves against unknown terrors.

Much like Supermassive Games’ previous titles like Little Hope or Until Dawn, the decisions you make in the shoes of these characters will determine their fates. Small gestures or actions can and will eventually come back to either save your life or bite you in the ass. Fans of classic choose-your-own-adventure novels will immediately be familiar with the overall premise of this kind of game, so the deaths, gore, and dire consequences you'll experience encourage multiple playthroughs.

The distinct personality types and thoughtfully developed storytelling of The Quarry kept me engaged and guessing the entire time. Who lives? Who dies? Is there a massive, mind-blowing twist!? Ultimately, I’ll leave that up to you to uncover, but I left incredibly satisfied with my time in Hackett’s Quarry.

The outstanding visuals, excellent performances, and compelling storytelling are already more than enough reasons to play The Quarry, but what further elevates it is how it celebrates horror. From apparent nods to films like Friday the 13th to subtle easter eggs like in-game chainsaws featuring the “Groovy Tools” logo, it’s clear The Quarry was made by horror fans for horror fans. As an enormous advocate of the genre, I loved the ways this title made its inspirations known.

Generally, I was immersed in the tense moments of The Quarry, especially with all the claustrophobic environments and minimal lighting. Unfortunately, one creative decision consistently removed me from that sense of apprehension: a baffling playlist of pop music oddly distributed during some of the worst possible moments.

I understand if the developers wanted to lean into the young culture of its characters, but it was used poorly. Immediately after or even during sequences of genuine dread, gang folk chants would explode from out of nowhere and completely disrupt the moment. These “how do you do, fellow kids?” transitions with triumphant pop occur frequently and stand out as my most substantial criticism of the game.

Outside of some questionable music direction, my only other noteworthy issue with The Quarry is how the ending is handled. I grew attached to most of our counselors and did everything in my power to keep them alive. Without getting into details, while certain characters and their relationships culminated in satisfying ways, others felt shallowly resolved. I’m sure additional playthroughs will result in more rewarding sendoffs for other counselors, but I couldn’t help but feel slightly disappointed by how a handful of character resolutions were handled.

The Quarry: Should you play?

For fans of Until Dawn and horror games in general, there's so much to love with The Quarry. Supermassive Games has superseded its predecessor's efforts in almost every way to deliver a fun, gruesome cinematic adventure. Alluring visuals combined with exceptional performances from the cast add weight and authenticity to this title's overarching story. If you're looking for a short but sweet horror experience with excellent production, The Quarry will undoubtedly scratch that summer blockbuster itch.

Players on the fence will likely find the price tag and play time questionable, especially for Xbox Series X|S and PS5 owners getting charged an extra $10 for the current-gen visual enhancements. It's also worth noting that the online multiplayer mode for up to eight players has been delayed to July 8, putting a damper on launch day watch parties. However, with a respectable number of branching paths, different endings, and collectibles, there are worthwhile incentives to play the game several times.

The Quarry is an absolute treat for horror fans. Gorgeous visuals, memorable performances, and plenty of blood spattering solidify this exhilarating narrative experience as a must-play for fans of the genre.

Cyber Monday: These are the BEST deals on webcams you'll find all weekend