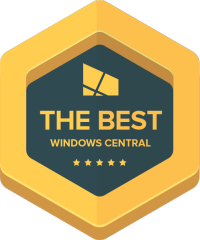 One of the best gaming laptops released for 2022, the ASUS ROG Strix Scar 17 SE (G733C) has everything you need to game on the go. It has the best Intel mobile processor matched with the incredibly versatile NVIDIA GeForce RTX 3080 graphics for impressive performance.

ASUS has produced capable desktop and laptop PCs for gamers for years and today we're looking at the latest gaming notebook from the company. The ASUS ROG Strix Scar 17 SE has a big battery, a big screen, and big performance. It's also incredibly expensive so we're going to take a look to see if this laptop is worth buying for a portable gaming station.

ASUS supplied Windows Central with a review sample of the ASUS ROG Strix Scar 17 SE. This unit has the Intel Core i9-12950HX processor with eight performance and efficiency cores and a total of 16 threads. For notebooks, this is about as good as you can get without going too overboard. This is the flagship CPU for this laptop with the lesser capable Core i9-12900H also available.

This notebook is expensive, even if you configure it with the baseline specifications. Starting at $2,399, it's simply out of reach for many gamers. The model we tested is available for $3,599, but this laptop has considerably more performance than many gaming desktop PCs out there.

Here's a look at the specs contained inside our review unit.

As soon as you've unboxed the ASUS ROG Strix Scar 17 SE, you can immediately tell you're in for quite the ride. This looks and feels like a powerful gaming laptop. I'm not the biggest fan of the usual ASUS design language for its laptops, but the Scar 17 SE is stunning. There are countless small details, such as the hidden graphics on the lid that are revealed with the included UV light.

The ROG logo on the same lid lights up, as expected. RGB lighting can be easily made obnoxious, but thankfully ASUS used it sparingly. The keyboard also has per-key lighting, and there's a small LED strip that wraps around the base of the notebook. When turned on, it looks the part when placed in a gamer setup. Interestingly, ASUS made part of the keyboard translucent, revealing some of the insides.

While the keyboard is a joy to type on, and there's a full Numpad layout for those who enjoy playing EVE Online, it's not using mechanical switches. The touchpad is massive and has more than enough real estate for general use. It's highly likely that a mouse will be connected to one of the available USB ports for serious gaming, anyway.

Moving up the laptop and we have the glorious 17-inch QHD display with a resolution of 2560x1440. Our unit has a refresh rate of 240Hz though a Full HD version of the panel is available with a 360Hz refresh rate if you prefer smoother gameplay over visuals. Either way, this is a winner. It's gorgeous.

What isn't going to bring home awards is the webcam ... or lack thereof. If you enjoy making calls with friends and family or fancy some streaming on the side, you're going to require an external webcam. It's just strange to see a laptop released in 2022 without a webcam.

Next up is the I/O and there's plenty to go around. We've got a single HDMI 2.1 port on the rear joined by the DC input, RJ45 LAN, one USB-C 3.2 Gen 2 (DP, G-Sync), and one Thunderbolt 4. The left side has two USB-A 3.2 Gen 1 ports and a 3.5mm Combo Audio Jack. The right side has the ROG Keystone port for profiles and other security features.

Speakers are never going to be exceptional on a gaming laptop, but ASUS managed to pull off some great-sounding audio. It's not going to blow you away, especially with heavy bass tracks or explosions in-game, but it's decent enough if you don't own a pair of cans. The laptop itself is relatively thin but on the heavy side thanks to all the internal components.

The screen is incredibly important on gaming or creator laptops. Thankfully, the panel used by ASUS for the ROG Strix Scar 17 SE is a beauty. We tested the QHD 240Hz screen with a response time of just 3ms. It's not particularly great at color accuracy, scoring just shy of 80% for Adobe RGB, but you won't notice when playing your favorite titles.